Austin, TX, November 24, 2009 â Uranium Energy Corp. (NYSE-AMEX: UEC, the âCompanyâ) is pleased to announce that drilling commences this week at the Companyâs Grants Ridge Uranium Project located in New Mexico.  Exploration permits have now been granted for both the Armijo and the F33 project areas at Grants Ridge.  Uran Limited (âUranâ), based in Perth, Australia, is the Companyâs joint-venture partner and the operator of the project.

The partners commence core drilling at Armijo this week with plans to drill 215 holes ranging from 15 to 50 feet in depth on a nominal 400-foot by 400-foot grid to test the uranium mineralization over a large portion of the host Todilto Limestone.

The partners plan to start reverse-circulation drilling in December or January as ground conditions permit, with 23 holes ranging from 50 to 550 feet in depth. The drilling is designed to test for potential extensions to the south of the historic F33 Mine, where drilling by previous mine owners Homestake and Anaconda identified numerous intercepts of greater than 0.1% U3O8. The steeper ground at F33 will require dry or hard frozen ground to allow access.  Please see the two maps below.

Samples will be sent for assay to ALS Laboratory in Reno, Nevada, and Vancouver, Canada.

Metallurgical studies on the drill material will be carried out by METS metallurgical services in Perth, Australia, and the metallurgical laboratories of Hazen Research Inc. in Golden, Colorado.

The Company and joint-venture partner Uran are pleased with theprocessing of the exploration permits by the Mining and Minerals Division of the New Mexico Department of Energy Minerals and Natural Resources.  No cultural or flora-and-fauna impediments to the grant of the permits were identified and the applications received considerable support from the local community. The Company is encouraged by these factors as regards future work on the project.

Uran, as part of its option and joint venture agreement with the Company, is paying all costs of exploration and development through completion of a feasibility study.  Uran can earn a 65% interest in the Grants Ridge Project from the Company over a five-year option period by completing a feasibility study and making certain payments of cash and shares as detailed in the joint-venture announcement release dated March 17, 2009.

The technical information in this news release has been prepared in accordance with the Canadian regulatory requirements set out in National Instrument 43-101 and reviewed by Clyde L. Yancey, P.G., Vice President of Exploration, for Uranium Energy Corporation, a qualified person under NI 43-101. 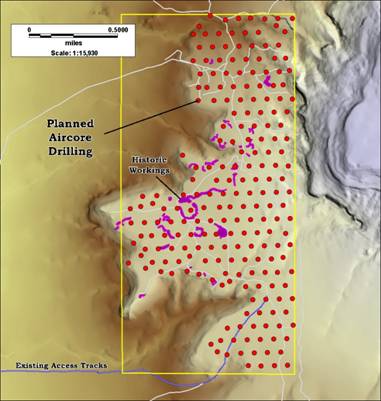 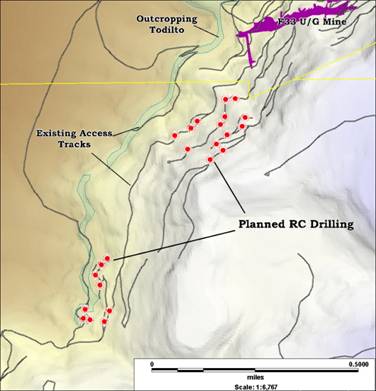 Uranium Energy Corp. (NYSE-AMEX: UEC) is a U.S.-based exploration and development company with the objective of near-term uranium production in the U.S.  The Companyâs Goliad ISR Uranium Project in South Texas is in the final stages of mine permitting for production, and was recently issued a Final Draft Mine Permit and a Final Draft Production Authorization for Production Area 1. The Companyâs operations are managed by professionals with a recognized profile for excellence in their industry, a profile based on many decades of hands-on experience in the key facets of uranium exploration, development and mining. The company is well financed to execute on its key programs.

Except for the statements of historical fact contained herein, the information presented in this news release constitutes âforward-looking statementsâ as such term is used in applicable United States and Canadian laws.  These statements relate to analyses and other information that are based on forecasts of future results, estimates of amounts not yet determinable and assumptions of management.  Any other statements that express or involve discussions with respect to predictions, expectations, beliefs, plans, projections, objectives, assumptions or future events or performance (often, but not always, using words or phrases such as âexpectsâ or âdoes not expectâ, âis expectedâ, âanticipatesâ or âdoes not anticipateâ, âplans, âestimatesâ or âintendsâ, or stating that certain actions, events or results âmayâ, âcouldâ, âwouldâ, âmightâ or âwillâ be taken, occur or be achieved) are not statements of historical fact and should be viewed as âforward-looking statementsâ. Such forward looking statements involve known and unknown risks, uncertainties and other factors which may cause the actual results, performance or achievements of the Company to be materially different from any future results, performance or achievements expressed or implied by such forward-looking statements. Such risks and other factors include, among others, the actual results of exploration activities, variations in the underlying assumptions associated with the estimation or realization of mineral resources, the availability of capital to fund programs and the resulting dilution caused by the raising of capital through the sale of shares, accidents, labour disputes and other risks of the mining industry including, without limitation, those associated with the environment, delays in obtaining governmental approvals, permits or financing or in the completion of development or construction activities, title disputes or claims limitations on insurance coverage.  Although the Company has attempted to identify important factors that could cause actual actions, events or results to differ materially from those described in forward-looking statements, there may be other factors that cause actions, events or results not to be as anticipated, estimated or intended.  There can be no assurance that such statements will prove to be accurate as actual results and future events could differ materially from those anticipated in such statements.  Accordingly, readers should not place undue reliance on forward-looking statements contained in this news release and in any document referred to in this news release.

Forward looking statements are made based on managementâs beliefs, estimates and opinions on the date the statements are made and the Company undertakes no obligation to update forward-looking statements if these beliefs, estimates and opinions or other circumstances should change, except as required by applicable law.  Such forward-looking statements reflect our current views with respect to future events and are subject to certain risks, uncertainties and assumptions, including, the risks and uncertainties outlined in our most recent financial statements and reports and registration statement filed with the United States Securities and Exchange Commission (the âSECâ) (available at www.sec.gov) and with Canadian securities administrators (available at www.sedar.com).  Such risks and uncertainties may include, but are not limited to, the risks and uncertainties set forth in the Companyâs filing with the SEC, such as the ability to obtain additional financing, the ability to manage growth, acquisitions of technology, equipment or human resources, the effect of economic and business conditions, the ability to attract and retain skilled personnel and factors outside the control of the Company.  These forward-looking statements are made as of the date of this news release, and the Company assumes no obligation to update the forward-looking statements or to update the reasons why actual results could differ from those projected in the forward-looking statements.  Although the Company believes that the beliefs, plans, expectations and intentions contained in this news release are reasonable, there can be no assurance those beliefs, plans, expectations or intentions will prove to be accurate.  Investors should consider all of the information set forth herein and should also refer to the risk factors disclosed in the Companyâs periodic reports filed from time-to-time with the SEC.  This news release shall not constitute an offer to sell or the solicitation of an offer to buy nor shall there be any sale of these securities in any jurisdiction in which such offer, solicitation or sale would be unlawful prior to registration or qualification under the securities laws of any such jurisdiction.Investors are cautioned that historical production is not necessarily indicative of future production potential.