Shea Creek is a joint venture between UEC (49.1%) and Orano (50.9%) and is located just 18 km south of the past producing Cluff Lake mine. Four deposits combine to form one of the largest undeveloped uranium resources in the Basin and all four deposits remain open for significant expansion.

Systematic exploration on the Shea Creek property commenced in 1990 with airborne EM coverage flown by Amok Limited. In 1993, ownership of the property was transferred to Cogema (now Orano). Drilling between 1994 and 2000 discovered the Anne and Colette deposits. In March of 2004, Cogema signed an earn-in option agreement with UEX Corp. (“UEX”). Subsequent drilling, funded by UEX and operated by Orano, consisted of 141,317 m of drilling in 307 drill holes, resulting in the discovery of the Kianna, 58B, Colette South, and Kianna South pods. In total, 278,889 metres of drilling in 563 drill holes have been completed on the Shea Creek property since 1992.

UEC believes that the potential to expand uranium resources within the footprint of the existing Shea Creek is very high as only a couple of these favorable intersecting fault junctions have been drill tested into the basement to date along the 3 km trend of the known deposits. 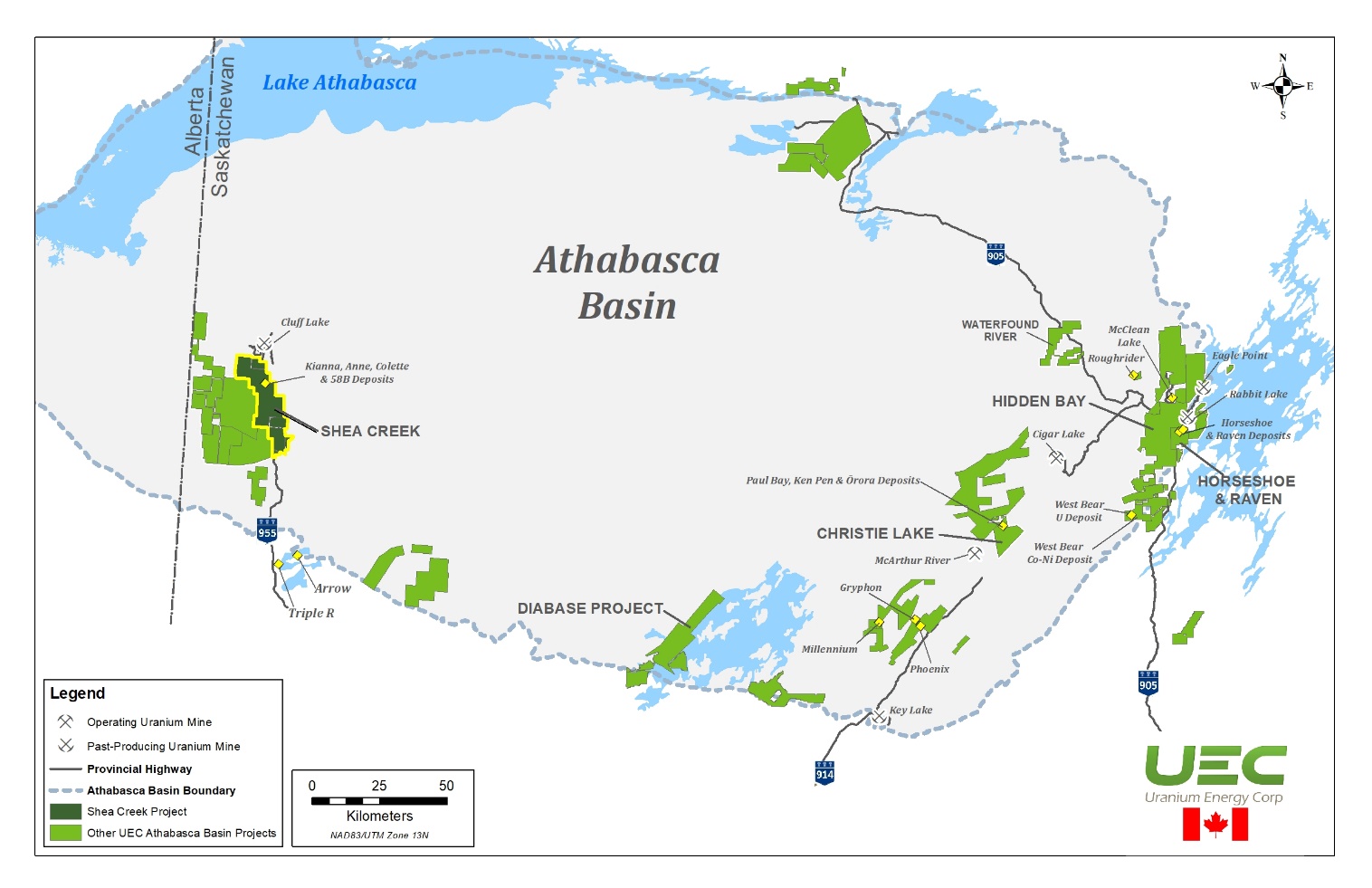 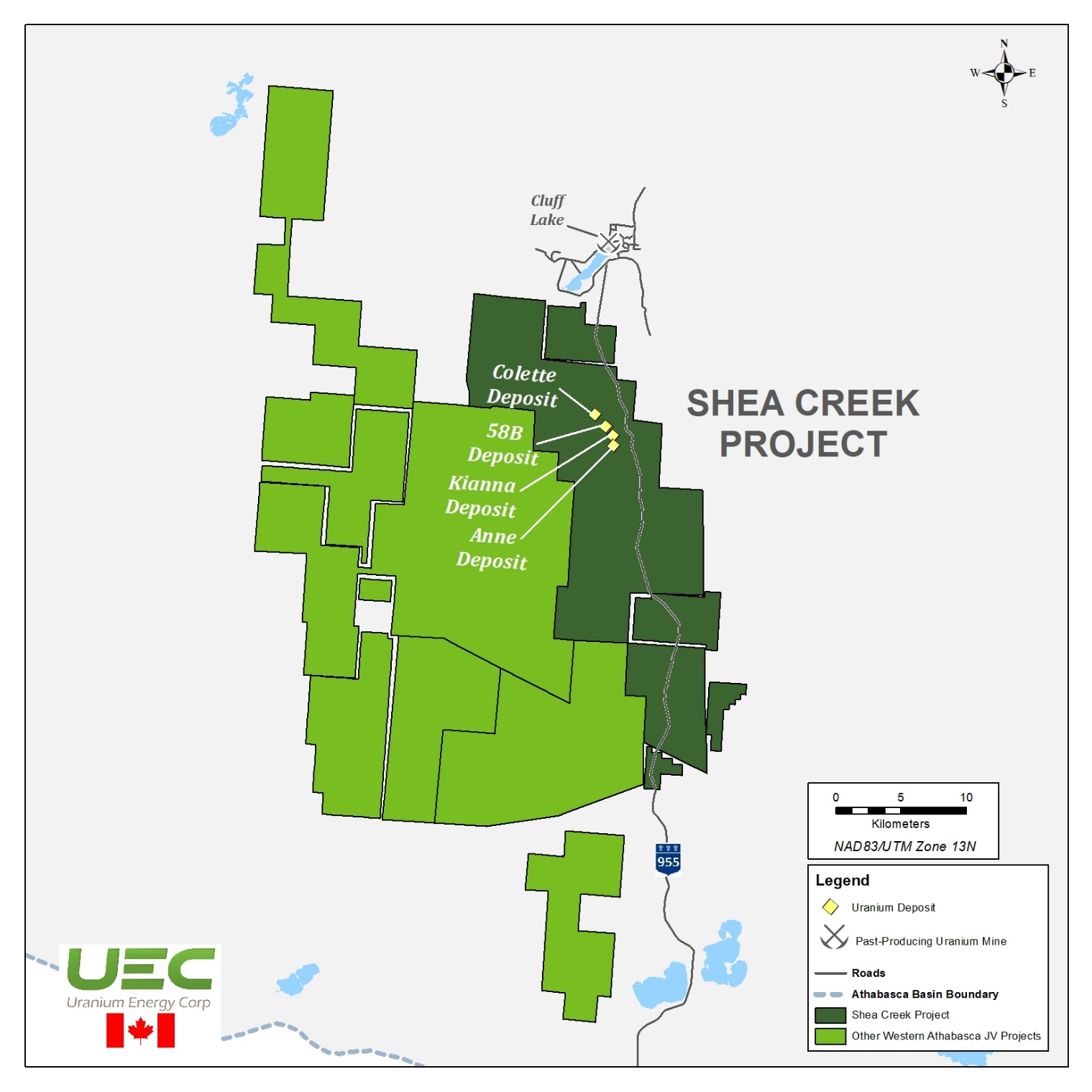 Four unconformity-related deposits have been discovered to date on the Shea Creek Project: Kianna, Anne, Colette, and 58B. These deposits occur along 3 km stretch of the >30 km long Saskatoon Lake Conductor and were the first new discoveries in what is now shaping up to be the Western Athabasca Uranium Camp.

The discovery potential along the remaining 26 km of the Saskatoon Lake Conductor Trend is considered to be very good, as the Trend has only been lightly testing by historical drilling. One of the best results along the trend is located only 2 km south of the Anne Deposit, where drillhole SHE-002 intersected 0.34% U3O8 / 0.4 m.  Limited follow-up drilling in the SHE-002 area by the partners in 2015 encountered a wide zone of indicative hydrothermal clay alteration and anomalous uranium that has been observed proximal to the Shea Creek Deposit.

*Mineral resources are not mineral reserves and have not demonstrated economic viability. There is no certainty that all or any part of the mineral resource will be converted into mineral reserve. Figures are rounded to reflect the relative accuracy of the estimates. Resources were estimated using a cut-off grade of 0.30% U3O8.

**UEC Share of mineral resources is calculated based on UEC 49.0975% equity in the Property.